Nousheen started working with this team in the middle of the project. At the time, the team had one month to go live. However, Nousheen noticed that the team was demotivated, and there was a lot of blaming behavior happening in the team meetings. In this episode, we discuss how teams can sometimes push themselves beyond what’s acceptable, and forget about self-care and sustainability.

In this segment we talk about the Three Amigos meeting, a method to help teams prepare the requirements/User Stories in time, and with the right perspectives.

Featured Book of the Week: Into Thin Air: A Personal Account of the Mt. Everest Disaster by Jon Krakauer

The book Into Thin Air by Jon Krakauer tells the story of how very experienced people can fail. The book explores the disaster that occurred in Mount Everest on 10–11 May 1996, and how good intentions, and the desire to “achieve the summit” (literally) created a complex set of factors that ultimately led great people to make some very bad decisions. It’s a book filled with lessons for Scrum Masters, even those that work with great teams! 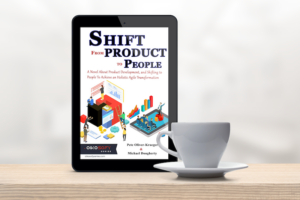 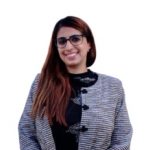 Nousheen believes that the future of leadership is kindness and empathy, and the same goes for any role which involves individuals and teams, like the Scrum Master role!

You can link with Nousheen Manzoor on LinkedIn.

Robbie was working with a large organization, and helping a team. But he quickly noticed that there was a wider, systemic impact for the change they were asked to do. When working with the team, he suggested that they consider the stories in a “3 amigos” session before Sprint Planning. When this new practice was adopted, it was clear that a simple change like adopting the “3 amigos session” had had a large impact on the team, and the surrounding environment. Listen in, to learn how the “3 amigos” session can help your team collaborate, and define better stories. Learn more about the 3 amigos meeting from Steve Thomas and the 3 amigos session strategy by George Dinwiddie, who were some of the first to propose the practice in the agile community. 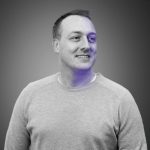 Robbie is an Agile Practice Manager at Jumar Technology with a passion for working with and empowering teams to foster an Agile environment at scale. He’s also a Certified Scrum Master, Kanban practitioner and Agile community member helping teams release their genuine potential to deliver value. Quite a career shift since completing a Sports Science degree at University.