This is a guest blog post by Christian Heidemeyer, the developer of Echometer, a tool for Scrum Masters to run retrospectives, and collect data that helps reflect and develop  team’s performance

Why employee mindset is overrated

After interviewing hundreds of Scrum Masters, one of the most common challenges we at Echometer get is: “People don’t have the right, agile mindset.”

As a psychologist, I think these Scrum Masters do not understand one of the key ideas of agile methods and Scrum. These people are overrating the importance of employee mindset over other – critical – aspects, which leads them down the wrong path. I will try to explain it with a simple story.

The story of Felix

Imagine Felix, an amazing software engineer who mostly works on his own. He created some creative free products thousands of people use. People celebrate him on Twitter.

But Felix wants a change. More and more of his IT friends, especially Sarah, talked about the magic of working in a great team. Where people inspire each other, or as they say: where ideas have sex.

Felix applies to a few jobs and ends up with two offers that seem to fit his needs. The two potential teams he could join are totally different.

And then there is the way they organize: There is no clear structure. Everybody is supposed to have maximum freedom – because after all, they are all skilled professionals who know what to do.

On the one hand, Felix likes this high-profile companionship. On the other hand, he is not sure how the team benefits from each other’s knowledge with so little communication and structure.

But at the same time, they are the team everybody talked about on Social Media. The challenge they worked on was the challenge everybody worked on – but they seemed to be the team with the solution: A simple, smart, and creative game-changer.

When he talked to one of the older team members, Robin, he saw the glowing enthusiasm in his eyes. That is nothing he saw in the “Performers” Team. So which team should Felix go for?

The system and the mindset

Let me tell you something about the two teams Felix does not know: Team 1 is not performing. Individually they are good and they are motivated, but they don’t work as a team.

Colleagues of the “Performers” team know of their bad performance. And they also think they know the reason: “They just don’t have the right mindset”.

Now imagine Felix would join the Performers team. I am pretty sure, Felix – a motivated and bright software engineer – would not have performed well over the long run. His colleagues would also say “he also does not have the right mindset, just like the others”. They would think there is something wrong with Felix as a person.

We are at the core of the problem here. These colleagues blame it on the mindset. But as you may have guessed, it is not the mindset.

Jeff Sutherland says it, too

The majority of people have what people think of as the “right” mindset. They are motivated and want to perform. But it is the situation, surroundings, or system they are in – the culture and structure of their team, company, or maybe private family – that affects their performance.

This is the case for the “Performers” team. Individually they have good ideas and skills. But they are lacking the right structure and communication system. Therefore, these ideas go in different directions, tasks are not aligned, making progress really hard.

Jeff Sutherland, co-creator of Scrum, puts it this way here: “We are all creatures of the system we find ourselves embedded in. Instead of seeking someone to blame, try to examine the system that produced the failure and fix the system.”

We tend to overrate the importance of personal character when explaining the behavior of others. Interestingly, we do not do so when explaining our own behavior, or did you ever hear someone say “I don’t have the right mindset”? No, that person could give a good – situational – reason why they are not performing.

In psychology, this is called “fundamental attribution error”. It is a natural, widely spread bias in western cultures that you can obverse everywhere in daily life.

Working on the root cause

Given the fundamental attribution error, people often think they can solve their problems if they could “fix” one or two persons in their team. Instead, they should work on their team and their surrounding as a whole.

Therefore, like many others, I believe the retrospective is the most important event in Scrum. There you can make your team aware of the root causes of the problems they face, which often lie in the situation, not the persons. This is the reason why I, as a psychologist and agile evangelist, decided to develop a tool for agile retrospectives in teams, Echometer – and not, e.g., a digital coach for the individual.

If you really want to work on the psychological input triggers of team performance, I recommend having a look at the “team flow” model of dutch scientist Dr. Jef van den Hout. He developed a model that is a roadmap to bring the individual feeling of flow to a whole team.

You can find more about the model and get additional 12 practical workshops to bring it into your team – for example in your agile retro – in my free eBook. You can download it here.

Ah, by the way. Felix chose the right team, “Teamy”. He is really happy with his choice. Learning more than ever – and adding more value than ever! 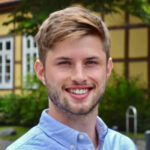 Christian is a psychologist by training and a retrospective tool developer for Scrum Masters and Scrum Teams. His tool Echometer takes advantage of the latest science-based findings of team motivation and performance to help Scrum Masters run impactful retrospectives.

You can link with Christian Heidemeyer on LinkedIn.