Inevitably, teams will bump into problems over time. It is how teams and their stakeholders react to those anti-patterns that matters. In this episode, we explore the importance of retrospectives in helping teams identify, understand, and ultimately resolve the anti-patterns they fall into.

Featured Book of the Week: Thanks for the Feedback: The Science and Art of Receiving Feedback Well

In Thanks for the Feedback by Douglas Stone and Sheila Heen, Mili found a good tutorial on how to give, and receive feedback. Handling feedback, whether it is giving or receiving, is one of the most common tasks Scrum Masters deal with, and help team members deal with. Therefore, this book should be part of the reading list of all Scrum Masters. 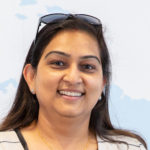 Mili has more than 12 years of experience in the software industry. Loves to spend time with her family and is a big fan of outdoor activities like hiking and biking.

You can link with Mili Shrivastava on LinkedIn .

In this episode, we talk about motivation and engagement. Jassy shares with us the most common anti-pattern he has seen in teams. It starts with a lack of identification or empathy with the product. Followed by the “we are doing this for someone else” dynamic, leading to further disengagement. Finally, we talk about some of the things that Scrum Masters can do to help their teams get out of that downward spiral.

Featured book of the week: Momo, by Michael Ende

In Momo by Michael Ende, Jassy found a story about time and effort that constantly inspires him in his role as Scrum Master. In the words of the then Norwegian Prime Minister Thorbjørn Jagland, in his New Year Address to the nation on January 1, 1997: “People are persuaded to save time by eliminating everything not useful. One of the people so influenced cuts out his girlfriend, sells his pet, stops singing, reading and visiting friends. In this way he will supposedly become an efficient man getting something out of life. What is strange is that he is in a greater hurry than ever. The saved-up time disappears – and he never sees it again.”

Jassy moved from developer to being a Scrum Master and then a freelancer. He calls himself:  the person to contact for help in On-Boardings, as well as a friend of bottom-up, power to the people! No top-down, no micro-management. No despotism in agile software development.

Featured Book of the Week: Drive by Daniel Pink

In Drive by Daniel Pink, Bradley found the 3 aspects of motivation that later helped him work with the teams he facilitates. In this episode, we also refer to Coaching Agile Teams by Lyssa Adkins and Mindset Growth by Carol Dweck. 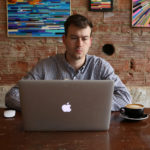 Bradley is a young Scrum Master working for a mid-sized US bank that is currently undergoing an “Agile Transformation.” As a part of the Transformation, his training consisted of a 4 week Agile boot camp that was designed to build scrum masters from the ground-up. In his free time, he applies lean and agile principles to designing websites and providing social media advertising to local small business as Catch On, at catchontech.com.

You can link with Bradley Pohl on LinkedIn.