Very often teams compare themselves to other teams. Even when successful, the comparison is inevitable, and sometimes even pushed/fostered by stakeholders. Robbie shares a story of a team that got stuck in the comparison of velocity with another team. And even if the team was working great, they were still trying to “achieve” the same number of story points that the other team was doing. Even when asked not to focus on the number, the team worked on getting their velocity higher, and higher, but not because they were working better, just because they were assigning more story points to the same work! In this episode, we discuss this and other anti-patterns that emerge when teams start focusing on the velocity, rather than the impact of the work they have ahead.

Featured Book of the Week: Scrum, the art of doing twice the work in half the time by Sutherland

In Scrum: The Art of Doing Twice the Work in Half the Time,  by Sutherland Robbie found an inspiring book that helped him find the Scrum Master career. He describes the book as filled with solutions and valuable even for people with significant experience! Robbie is an Agile Practice Manager at Jumar Technology with a passion for working with and empowering teams to foster an Agile environment at scale. He’s also a Certified Scrum Master, Kanban practitioner and Agile community member helping teams release their genuine potential to deliver value. Quite a career shift since completing a Sports Science degree at University.

When Mher joined the team, he noticed that the team was going through the refinement meetings in a way that made the estimation the core aspect of the meeting. It took too long, and led to some team members to just sit there without participating. In this episode, we explore how to get over this estimation-centric refinement meeting anti-pattern! 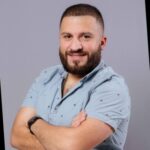 Mher works at Mbition in Berlin, where they develop the next generation of information systems for Mercedes-Benz.

The team had a lot of unfinished work, and sprint-to-sprint spillovers. It started to feel that the management of the work was out of control. As Catherine investigated, she found that a lot of work was being added to the Sprint after planning. All of these new items diverted the team’s focus, and they were no longer predictable, or able to finish some of the critical user stories planned. In this episode, we explore what were the reasons the team got to that point, as well as what Catherine learned that helps, still today, avoid falling into the same trap. 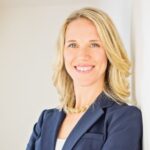 As a Scrum Master & Team Coach, Catherine Kraus inspires and galvanizes others into action with her playful and pragmatic approach. She works with organizations to build happier, healthier teams with purpose. She has over 15 years experience leading various transformation and change management projects in IT, Finance, HR & Marketing.

You can link with Catherine Kraus on LinkedIn.

In this episode, we explore the use of NoEstimates approaches in a regulated and governmental environment.

When Craeg and his team was called in to the Social Security administration, they were asked to help the Office of the Inspector General (OIG) assess the use of software development methods in an environment where the teams were adopting Agile methodologies, but the overall governance still followed the old school, linear (aka waterfall) methodologies.

When the OIG is involved, it usually means that the organization being audited needs to prove that they are taking good care of public money invested in their processes. Therefore the challenge was to ensure that the teams were both following the Agile practices they said they had adopted, as well as taking the necessary actions to ensure proper use of public funds.

END_OF_DOCUMENT_TOKEN_TO_BE_REPLACED 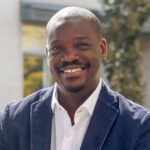 Alex is an experienced agile practitioner, coach and trainer with twenty years of experience in IT consulting. He is passionate about helping teams discover the best ways of working adapted to their context. He’s worked in many different types of industries (Telecoms, Energy, Finance or Aeronautics) and provides training on many agile frameworks and practices all around the world in French & English.