In this episode, we interview David Horowitz who’s the CEO of Retrium, a company that builds tools to help you facilitate remote retrospectives. The links to Retrium’s Retrospectives Academy below are affiliate links, if you prefer to follow a link that takes you to Retrium’s site, but does not give anything back to the podcast, you can. Just follow this link: Retrium.com. On the other hand, if you want to help us grow this podcast, you can follow the links below or this link to Retrium’s Retrospective’s Academy.

As he got started experimenting, he found the Lean Coffee format to be effective (see our Lean Coffee episodes). However, he found that even when the format worked well, there was something else missing.

The collaboration that can be had when the team is in the same room simply isn’t the same when we are all remote, and sometimes even without video!

Solving remote retrospectives, one tool at a time

When we asked our listeners for their feedback (fill in this survey to leave us your struggle, we will be creating content on this during 2020), and to list their challenges with remote retrospectives, they responded in large numbers and shared, for example, that one of the harder aspects of retrospectives (made worse with remote) is to define concrete, actionable action points.

Therefore it is essential that our approach to facilitation leads the team to define their own, most important, actions. However, that’s not where it ends. We discuss follow-up and how a tool (flipchart, notepad, team-wall, or Retrium) can help us with the most important task for the Scrum Master: the follow-up. Because, as David puts it, a retrospective that leads to no change is worse than a waste of time, because it also removes the team member’s motivation to participate in the next retrospective!

In this segment, David shares a few tools that help with action point definition and follow-up:

When actions are defined in our retrospectives, and then not followed-up, it may lead to a lack of motivation and lack of commitment to what is one of the most important Agile ceremonies.

In this segment, we discuss tools and practices that help us do a good follow-up of actions, and involve the whole team in the process of keeping themselves accountable.

We also discuss the importance, and power of visualizing all the actions, just like we visualize the user stories that the team is working on.

In this segment we refer to the following tools:

How to keep your retrospectives engaging and impactful

The last of the 3 major pains our listeners reported was: “It’s hard to keep thinking of ways to keep everyone engaged and excited”.

If you feel that way, you are not the only one. In fact, this was one of the most common pains and problems that our listeners reported in our Retrospectives Survey (leave us an answer so we can create content for you!).

So, how do we keep our retrospectives fresh, exciting, and engaging so that they may have the impact we want?

The first tip is that not all teams are the same, and while changing the format in every retrospective may work for some, it certainly won’t work for all. So, start by assessing what works for your team.

We also discuss how some retrospectives are just too long, and that sometimes a “daily” retrospective (by just asking the team: “what’s the biggest struggle at the moment?”) may be the right kind of retrospective for your team.

Behind each of the major three pains that our listeners shared with us in our Retrospectives Survey there was an amplifier of the problems when it came to retrospectives, and that was that the same pains apply, but even more for remote teams.

How the teams are setup has a big impact on the effectiveness of the Scrum Master role, and the remote Scrum Master has an even bigger challenge in overcoming those pains.

In this segment, we talk about what makes remote retrospectives so much harder to get right, and we discuss several tips to help you adjust your approach when your team is partially or fully distributed.

In this segment, we refer to:

Resources to get your retrospective facilitation skills to the next level

Finally, we discuss some of the (remote) retrospectives resources for those wanting to dive deeper into the topic: 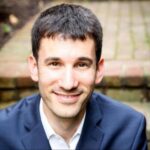 David Horowitz is the CEO of Retrium, a platform for agile retrospectives that has powered over 100,000 retrospectives from thousands of companies across the world.

Prior to co-founding Retrium, David spent a decade at The World Bank as an engineer turned Agile coach.

He has degrees in Computer Science and Economics from The University of Maryland and a Master’s Degree in Technology Management from The Wharton School of Business.

Learn more about Better Retrospectives with David Horowitz by accessing the FREE Retrospective’s Academy by Retrium.