This is a guest blog post by Jacopo Romei. Author of the Italian version of the book Extreme Contracts, and author of an upcoming book on the same topic in English.

A few years ago I managed to work less than a week for a 5-digit fee. The best part is that my customer was very happy to pay and didn’t even try to negotiate the price down: they just accepted my proposal as-is. Do you want to know how I did it? I just made my agreement value-centered. Read on for the details!

A not so tender… tender!

In May 2015 I was contacted by Xrother, a communication agency based in Rome. They had been working with a huge automotive group for a few years and they were facing a new challenge. The group was re-validating all its suppliers by means of a request for tenders and Xrother had been asked to submit their proposal too.

Xrother owners and managers had heard about my agile approach to strategy and processes in a few previous workshops and so, less than two weeks ahead of the tender’s deadline, they called me and asked for help setting their proposal up. They were hoping I could raise their chances of winning the bid.

Due to a good collaboration with that automotive group during the previous years, Xrother supposedly had a good chance of renewing the contract with the, but they didn’t feel 100% sure of that. Winning the bid was worth a three-year agreement, many millions of euros, and was a key milestone in Xrother’s strategy. It was not a matter of life-or-death yet, but the outcome would influence many decisions in the years to come.

In this scenario—opaque by definition—it was not obvious what kind of agreement I could have reached with Xrother. Having them paying by the hour didn’t seem fair nor suitable for this particular situation. On the one hand, it was very hard to show that the days worked would be the right amount. On the other hand, did the value of winning the contract have anything to do with the number of days spent trying to win it?

For the same result—thus for the same value—wouldn’t it have been the same if I had worked two or seven days? Why should I have been paid more if I were to work longer? Rather the opposite! I should have been compensated for delivering the same value as quickly as possible!

A fixed-price contract did not fit either. How could I ensure I deserved a priori any sum of money? Was it possible to estimate the value of my collaboration up front? Would any unforeseen idea be acknowledged explicitly? How would we attribute ideas ownership during the collaboration? Is it possible to own an idea at all when you work in a team? In football, when the assist comes from the genius midfielder player, is it fair or even possible to attribute the merits of a goal to the forward only?

It was a wicked problem. At the same time, two apparently opposed statements were hanging over me: 1) my help had been requested on the basis of my good reputation, and 2) they couldn’t blindly trust my competence. How could I prove myself to be useful to them in that scenario? What if I didn’t have the needed skills? What if external factors had diverted me from being of any help?

I wanted an agreement with Xrother to guarantee for me:

After working four days side-by-side with the whole staff involved in designing and writing the proposal, I invoiced my first fee, worth only a few hundred euros. After a few months, Xrother won the bid and I could invoice and collect €15.000. Not too bad.

The key is being value-centred

Despite the elusive meaning of value in some situations, it was the key to this success story. The agreement with Xrother was so easy to reach and valuable at the same time because it started by putting value front and center. It started by asking: what’s valuable for Xrother? Was it the time I’d have spent working on their proposal? Was it a given number of working days? Was it the guarantee to work in their offices, so to rest assured I’d have worked for real? No. Value for them in that context was about winning the tender and nothing else. That had to be obtained and that had to be protected in our deal.

Keeping this in mind, the exit criteria for the collaboration was sharp, objective and clear: either we win the tender or we don’t. Either we created value or not. That’s it. My effort trying to help them win the tender was worth a few bucks, paid unconditionally. My compensation for having helped win the tender was not a sure shot, but still clear. The proposal was worth millions of Euro for Xrother and, once secured due to that, legitimately worth, a 0.5% share of that value for me.

Here’s how this applies to you: for knowledge workers, we can state that, in general, the cost of our work is not its value. While we are used to buying goods and services with no awareness of their cost for the supplying firms—do you really know how much the cost was for producing your last dishwasher?—all of a sudden knowledge work is the domain in which you hear saying “it only takes 1 hour, you can’t charge that much!” and that happens because knowledge workers are terrible at making a distinction between “cost”, “value” and “price”. Keeping this distinction alive throughout all the steps of our negotiations is a must and Extreme Contracts lovers call this principle being Value Centred.

The value of my work for Xrother was seven-figure. The cost of my work was my own business and no evaluation of this should have entered my conversation with Xrother. The price of my work, taking into account the uncertain nature of our goal, had to reflect this uncertainty and was split into two parts, featuring different sizes and probability to pay. We kept the negotiation value-centered and we happily worked together toward success.

Think of your next contract or the one you are negotiating right now. How would you clarify the value for your customer, and therefore the value of your contribution? 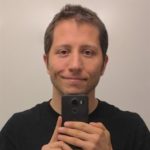 Jacopo is an independent strategy consultant, with a strong background in Agile product development.

Jacopo is also an entrepreneur & writer. After having founded a couple of IT companies and practiced agile software development, he started as a full-time freelance agile coach, coaching teams in Italy, Germany and UK.

He has worked with eBay Italia team to set their agile process up. Product ownership and agile UX are added skills acquired in the field.

As a writer, Jacopo published a couple of books on agile coding practices and the Italian version of “Extreme Contracts: knowledge work from negotiation to collaboration“.

Jacopo is a frequent public speaker in international conferences and events about how the way of working is changing in the software industry and organizations management.